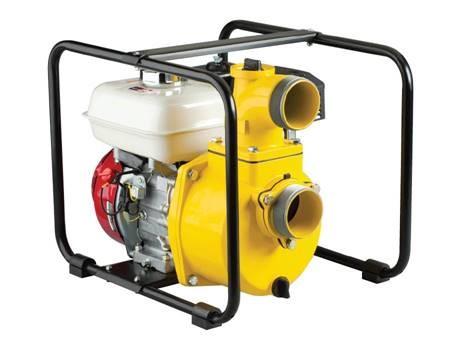 Victorian CFA brigades are using a donation of $100,000 from Gandel Philanthropy to purchase new quick-fill pumps to boost safety.

The funds were allocated to purchase 48 quick-fill pumps as part of CFA’s $4.8 million District Pick List program, made up of the generous donations to CFA from all over the world last bushfire season.

Mossi-Tambo Brigade Captain, Christine Bittner, said it will be an important addition, as there are not many hydrants to fill their tankers.

“We use the two rivers that run through our area, and there are a lot of dams we can utilise, as well as a couple of concrete tanks, which actually had quick-fill pumps from other brigades attached to them during the summer,” Ms Bittner said.

Tintaldra Captain, Kevin Whitehead, said their brigade currently uses a quick-fill pump but the additional resource will significantly help the brigade in the large area it covers.

“You can fill a tanker in about five minutes, instead of drafting which requires setting up structure lines and priming the pump and sucking it up which can take 15 minutes or more,” Mr Whitehead said.

Gandel Philanthropy CEO, Vedran Drakulic OAM, said the Gandel family felt it was necessary to help in any way they could during the national bushfire crisis last season.

“It was a simple decision to help out affected communities and fire services across NSW, SA, QLD and of course, Victoria,” Mr Drakulic said.

“It was becoming clear the scale of the fires was rapidly growing so the family felt it was important they do their bit to help.”

More broadly, Gandel Philanthropy donated $1 million during the fire period to different charities and organisations that were assisting with the bushfire situation in Australia.