By Larry Bachus, The Pump Guy 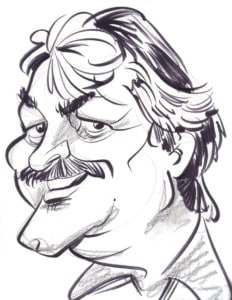 Industrial Safety and Industrial Reliability were born together in the early 1970s, as twin children of Aviation Safety and Reliability. The aviation industry wrote the book on safety and reliability as the airline companies converted their fleets of passenger planes from propeller engines to jet engines.

Anything — night time runway lighting for example — that improves flight safety also improves flight reliability. Scheduled jet engine preventive maintenance improves both equipment reliability and passenger safety. A passenger jet that stays in the air and arrives at its destination on time without incident or accident is both safe and reliable. One hand washes the other hand.

In industry, worker safety and equipment reliability have different goals. They are separate departments with separate goals.

In 2018, we can say that most process plants are safe. Companies brag about their safety statistics. The company officers enthusiastically support the safety program. The safety engineer proudly publishes the safety statistics in a company newsletter or on a prominent billboard. Everyone (visitors, contractors, part-timers, secretaries, company officers) gets training on “safety”. Everyone is encouraged to report an unsafe action or situation. Everyone practices and contributes to safety. 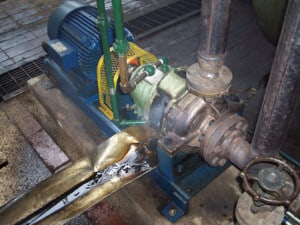 Notice the trough under the seal chamber to carry-away leakage. The astute seal salesman calls this “Proactive”.

The mechanical seal was patented 115 years ago in 1903. 1903 was the same year the Ford “Model T” automobile, and the Harley Davidson motorcycle went into production. The Wright Brothers initiated powered flight in 1903. And the screw-in electric light bulb was patented in 1903.

115 years later, electric lighting is mostly perfected even as it evolves into LEDs. Commercial aviation is mastered, safe and reliable. But over a century later, too many process pumps are not reliable because too many mechanical seals fail mysteriously, prematurely.

And yet, the seal manufacturers continue to promote ‘easy installation’, ‘interchangeable spare parts’, rebuild kits and ‘off-the-shelf availability’. How about longer service life in a process pump? We don’t really need another seal that can be installed by an apprentice technician in five minutes… every four months.

“Service” is the word used at a stud farm for racehorses. The breed stallions “service” the receptive mares. Maintenance engineers are tired of being “serviced” by their seal suppliers.

Pumps leak because the seal fails prematurely. Admittedly there are other pump problems (mentioned in the previous paragraph). Eventually, the excess heat, incorrect piping, wild vibrations, mechanical loading, cavitation, misaligned bearings, dry-running, deadheading and operational abuse will stress the seal until it unexpectedly leaks and fails. Then the pump goes into the shop. 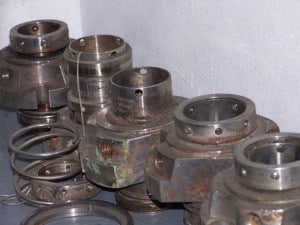 Perfluoroelastomer O-rings have been around for almost 40 years. This elastomer compound can resist a broad range of aggressive chemicals and withstand temperatures up to about 300°C without degradation. To date I’m not aware of a successor O-ring. Where is the 400°C O-ring? Or the 600°C O-ring? Where is the O-ring with even broader chemical resistance? This failed mechanical seal will send this hot water pump to the shop.

The first dry gas mechanical seal is close to 70 years old (patented in 1951). These dry gas seals have performed well in rotary compressors since then. There are a few reasons for the success in compressors.

The range of gases that are typically compressed is limited. Examples are air, nitrogen, oxygen, hydrogen, hydrocarbon gases (propane, butane, natural gas, acetylene, etc), refrigeration gas, and CO2 as fire suppression gas. Also, the gas is normally filtered and free of solid particles and other contaminants as it passes through the compressor.

In the late 1960s, someone said, “Because dry gas seals work so well in compressors, why don’t we put dry gas seals into centrifugal process pumps?” To be politically correct, this seal has a “Long and Slow (30+ years and still counting) Learning Curve” in process pumps. There, I said it. Well someone needed to say it.

Dry Gas seals have an uphill battle in pumps as long as:

Likewise, the mechanical seal is the weak link in a hydraulic circuit. Numerous failed seals in the same pump is the physical manifestation of a problem in the hydraulic circuit. So, why does the maintenance engineer change the same failed seal 20 times in the same pump? Why does the maintenance manager blame the failed seal? The reliability engineer should do a failure analysis on every seal that fails prematurely to be sure the seal was specified properly and installed properly.

After two or three premature seal failures in the same pump, the reliability engineer should search for the problem and the solution in the hydraulic circuit.

The Pump Guy is Larry Bachus, a maintenance practitioner, inventor, lecturer and contract mentor based in Nashville, Tennessee. Mechanical seals, seal failure and failure analysis are discussed in Larry’s book Everything You Need to Know about Pumps. Larry is a retired member of ASME, and speaks fluent English and Spanish. You can contact Larry at [email protected].