Dow Chemical CEO Andrew Liveris has warned that Australia should be making manufacturing central to its economy rather than just exporting raw materials.

Mr Liveris told the National Press Club in Canberra that the Australian economy had become unbalanced, with many manufacturers scaling back or going out of busin 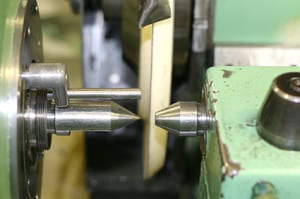 This trend has been apparent in the pump industry over the past decades, as the industry has changed from a primarily manufacturing industry to a mixture of a few manufacturers and many importers. Industry stalwart Bob Moore recently said that “Previously Australia boasted 30 pump manufacturing companies and the organisation representing them was the Australian Pump Manufacturers Association (APMA). The status today is more like 10 manufacturers and 42 importers.”

Mr Liveris said since the GFC began in 2008, 100,0000 manufacturing jobs had been lost, saying “With this gas, Australia’s fuelled the manufacturing needs of other countries and created thousands and millions of jobs overseas all to the detriment of the domestic manufacturing sector,” he said.

“I believe that Australia should have a balanced economy with manufacturing, not on the sidelines, but part of its centre.”

The speech tied in with the release of a report by the Australian Industry Group (Ai Group) and the Plastics and Chemicals Industries Association (PACIA) called , Large scale export of East Coast Australia natural gas: unintended consequences. The report found that gas supply may be insufficient to avoid constraining domestic use and each petajoule of gas shifted away from industrial use towards exports means giving up $255 million in lost industrial output for a $12 million gain in export output. That is, for every dollar gained $21 is lost, while current policy settings favour exports over domestic gas sales.