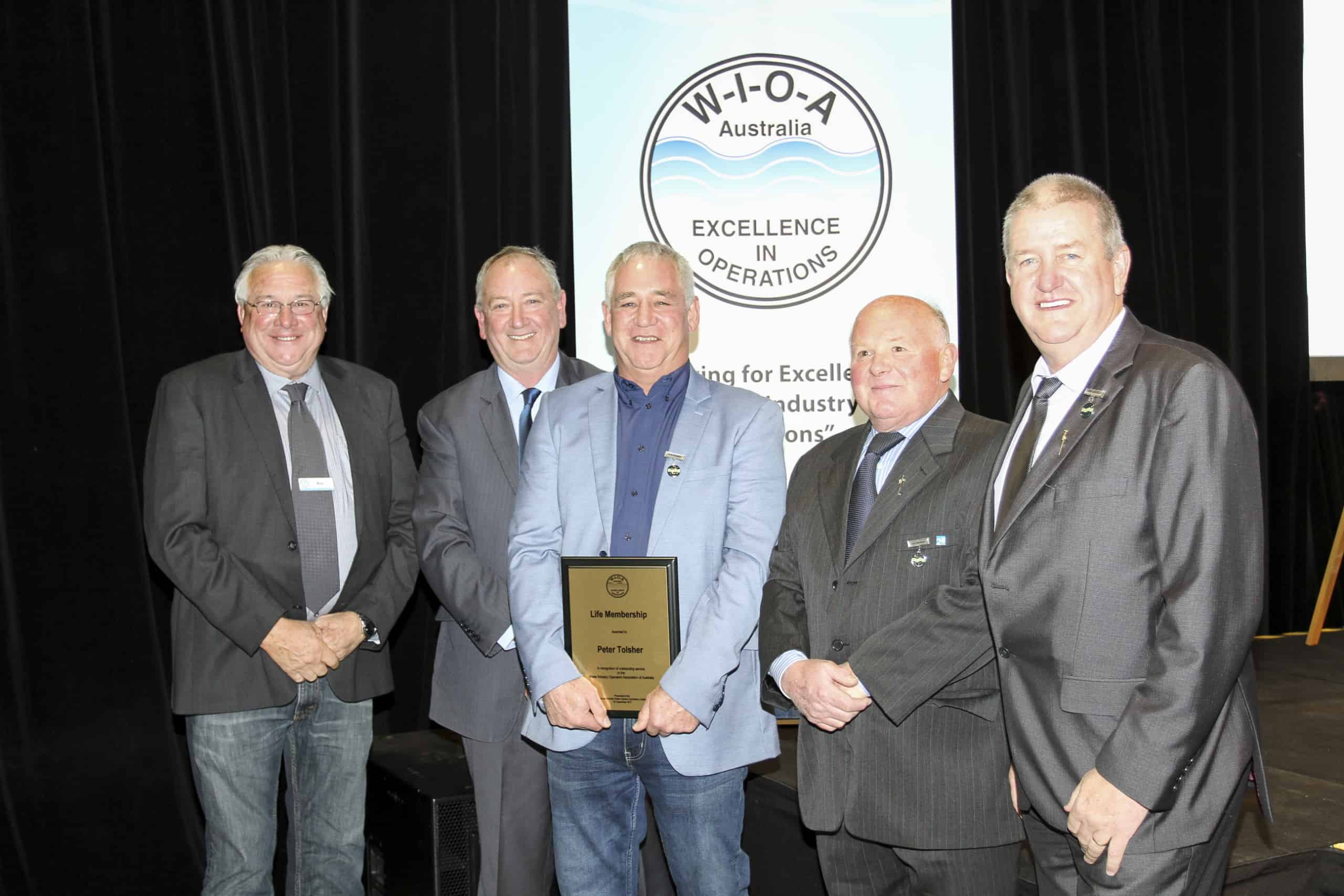 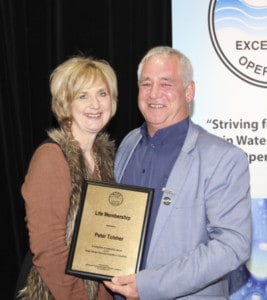 The Water Industry Operator Association of Australia (WIOA) has just appointed its seventh Life Member in 44 years of operation. Newest Life Member, Peter Tolsher from North East Water talks about his 16 years of service with WIOA and highlights the importance of recognition and the sharing of information in the water industry.

As part of WIOA’s various organisational goals, it strives to provide opportunities to recognise the individual achievements of employees within the water industry. As a testament to this, WIOA has appointed Peter Tolsher, former WIOA President and board member, a Life Member in recognition of his commitment to excellence within the industry.

Peter was awarded his Life Membership at the annual WIOA conference in Bendigo this September. At the conference, WIOA Managing Director, George Wall, said that Peter’s enthusiasm, commitment, energy, personal qualities and friendly nurturing nature epitomise the values of WIOA.

Thirty-five years in the water industry

“I was asked if I wanted to go back to school and do some water and wastewater courses. I went to the Water Industry Training Centre in Geelong and started my training. Through the water industry amalgamations in the 1990s, I went from Council to the newly created water authority,” Mr Tolsher said.

Mr Tolsher said after presenting a paper at the 1999 WIOA conference in Wodonga, he was convinced they were a valuable organisation to be a part of.

“My then boss, Manager of Tech Services Don Jackson said to me, ‘You’ll want to get on board with this group, because I think that’d be really good for you to grow, and it’d be a great opportunity to be more involved in the industry.’

“I thought about it and I said, ‘Yeah, why not. Let’s give it a go’. Little did I know that it was going to be a great journey that has made me lifelong friends,” Mr Tolsher said.

In 2001, Mr Tolsher was elected to the WIOA committee and became Vice President in 2005 before being elected President from 2007-2008. In 2010 he was inducted as an IDIOTS (Inducted as Delegates of the Inextricably Obstructed Tap Society) which is the prelude to the life membership award.

“One of the things that I was really chuffed about being President was signing the first Memorandum of Understanding (MoU), with the New Zealand WIOG group. The relationship between our organisations has grown ever since,” Mr Tolsher said.

“In my time we also started WIOA Limited, which was needed so we could become a national organisation to share knowledge and run conferences across the country. This allowed the business to employ staff, run events and grow each year to what it has become today.

“I was on the board from its inception in 2007 until March this year. The only reason I gave it up was because I’d become a councillor in Towong Shire.”

Importance of recognition and information sharing

WIOA aims to give recognition to water industry operators who help to provide excellent quality water and wastewater services day after day through such initiatives as the Ixom Water Taste Test and the Operator of the Year award.

“Being active in nearly all states now, as well as the publicity from running the national water taste test, has provided huge benefits to the water industry and WIOA. It just gets the organisation out there to everybody, it gets the information out to the operators. It’s sort of an organisation that people want to be affiliated with,” Mr Tolsher said.

“My personal belief is that if you do something well, you should be recognised.”

Throughout Mr Tolsher’s time in the water industry, he has had many opportunities to present papers to his peers on topics including the upgrade of the West Wodonga BNR wastewater treatment plant, the effect that Endocrine Disruptors have on fish, and the Newsoil biosolids project for North East Water. He also represents WIOA on the Australian Standards committee for sludge which has seen him represent Australia at international meetings, the last being in Dublin, Ireland.

Mr Tolsher said you are never too old to learn new things about the sector. “It’s just good to share the ideas of what other people are doing. You don’t want to reinvent the wheel all the time, you want to learn off others.”

Looking to the future, Mr Tolsher believes that one of the positive and inevitable changes that will continue to occur is the sector’s move towards digitisation.

“The technology is where we’re going to, where everything is. I know in the last 15 years SCADA and Citect have made operator’s lives so much easier. I think it’ll only advance further and further. It’ll make the work/life balance of an operator a bit better than what it is today,” Mr Tolsher said.