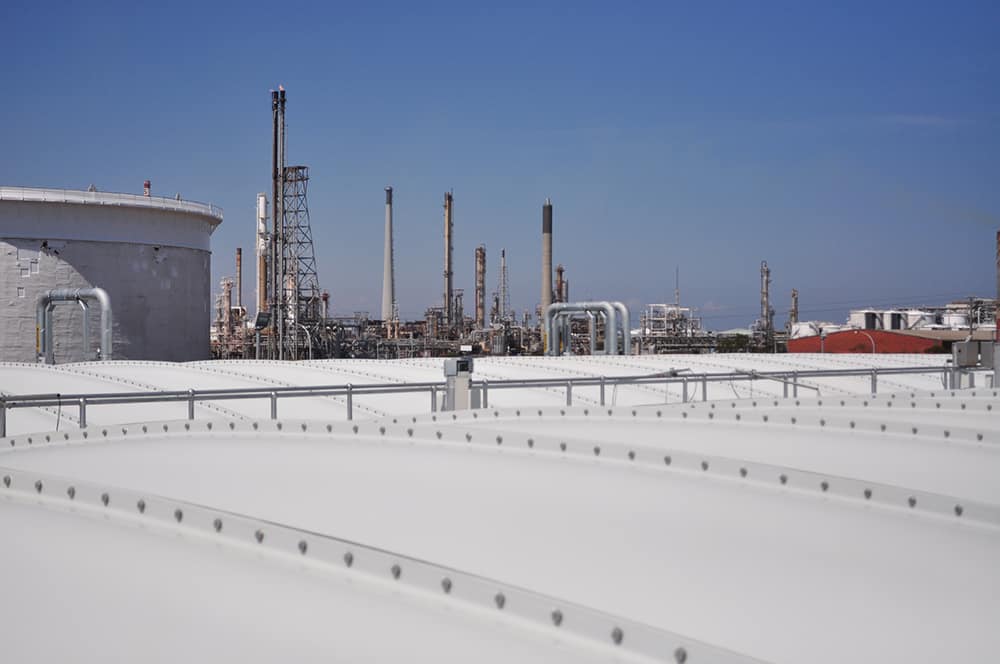 Commissioning commenced in August, 2012 and the facility will be fully operational by February, 2013.
The plant will treat sewage and trade waste from Geelong’s northern suburbs and produce Class A recycled water for Shell Geelong Refinery. Recycled water will also be available for public use.
When fully operational, the facility will save about 2,000 million litres of drinking water a year, or 5 per cent of Geelong’s current consumption.

The Northern Water Plant is unique in Australia in that it combines several functions into one facility, including:

There are several other advanced water treatment plants in Australia. However, the Northern Water Plant is the only facility that generates the highest class of recycled water from influent containing such a high proportion of industrial wastewater.

The Australian Government has contributed $20 million toward the cost, the Victorian Government $9.2 million, Shell $47.5 million and Barwon Water $17.5 million.
John Holland was awarded the construction contract in early 2011. Up to 150 new jobs were created during construction, with a workforce of 100 on-site at the peak of the works.

Shell Geelong Refinery, the region’s largest potable water user, was investigating ways to improve the quality of its wastewater and introduce recycled water for reuse. This included developing a strategy to reduce the amount of water being used.

One option considered was a recycled water pipeline connecting the refinery to the Black Rock Water Reclamation Plant, located 40 kilometres to the south. However, this was considered too expensive and unsustainable.

The options assessment identified that a joint project was the preferred outcome based on economic, social and environmental benefits. The joint project would treat both trade waste from the refinery and domestic sewage from the northern suburbs while generating recycled water for Shell.

Importantly for Barwon Water, the plant would also relieve wet weather capacity issues in the system. The Northern Water Plant concept was a natural fit to meet the infrastructure needs of both organisations.

How the plant will work
The Northern Water Plant has the capacity to treat up to 7.5 million litres of domestic sewage and refinery wastewater a day. It is also capable of treating up to 20.7 million litres of wet weather flow a day though the continuously aerated biological nutrient removal plant. The biological plant includes clarifiers sized for wet weather with on-site sludge thickening.
Treated water will supply the ultra-filtration/reverse osmosis plant that will generate five million litres a day of medium and low salinity Class A recycled water. Treated wet weather flow will be temporarily stored on-site.

The high concentration of refinery wastewater presented a risk to conventional membrane designs. A pilot plant mimicking the biological and membrane trains was operated in 2010, which confirmed the design could meet the performance requirements. Importantly, excessive fouling from hard-to-treat compounds in Shell’s trade waste was not observed. The results of the pilot meant the design was a viable option in terms of capital and operating costs.

Due to the site’s proximity to nearby residents and businesses, the plant includes coverage and odour treatment from the inlet works, biological tanks and solid handling processes.
The plant will be fully automated and staffed by three operators during normal business hours. Communications and process information is exchanged with the refinery’s control system. If a fault or alarm is raised at the plant, the operators will receive immediate notification. As a fall back, the normal water supply and wastewater options will continue to be available to the refinery. Pumps
The facility includes more than 70 pumps across the plant with a value of close to $1 million. Pumps are used to deliver sewage, transfer process water across the plant, throughout the advanced membrane plant , transfer sludge and deliver recycled water to Shell and other customers.

Pump sizes range from 1L/s to 70L/s. Types of pumps include centrifugal pumps, rotary lobe pumps, and diaphragm pumps. Due to such a wide variety of pumps, several suppliers were engaged to meet the needs of the design both nationally and internationally. The largest units are two 680kW high pressure supply pumps located within the reverse osmosis system.

The detailed design team spent considerable time on pump design and selection to meet the challenges of the project. A high proportion of variable speed drive pumps were selected to meet process demands. For example, product water pumps need to deliver flow to the refinery between 35L/s to 70L/s. Xylem’s (previously ITT) multi-stage booster pumps were selected for this application.

A key challenge for Barwon Water was how to best transfer sewage from two separate catchments to the plant. Two existing pump stations were expanded with a second wet well. The new wells will deliver average dry weather flow (ADWF) and wet weather flow up to a combined rate of 205L/s. The new stations were connected to the old wet wells to manage flow above 205 L/s along the old rising mains which will remain in place.

To avoid septicity in the old rising mains (which will be largely unused), the system includes a scour pump to drain fluids back to new pump wells after use.