Society is facing considerable challenges in the light of global warming and world population growth, and reducing energy consumption is a priority around the world. What many people fail to realise is that simple changes to common industrial practices can make a big impact on our global energy use.

According to the World Health Organisation there is a direct correlation between world population growth and water consumption, the number of motor vehicles on the road, increasing carbon dioxide emissions and the demand for electricity. In this context the concept of efficiency takes on major significance with a view to accommodating a good deal of the extra energy demand in the future. In the field of refrigeration, air conditioning and building systems, the use of energy-saving drive units for fans and blowers can make a great contribution to such efforts.

The influence of energy-saving fans on energy consumption and carbon dioxide emissions can best be illustrated by a concrete example: use is frequently made of asynchronous motors as drive units in refrigeration, air conditioning and building systems. These AC motors are of simple, compact design as they take their supply directly from the AC or three-phase AC network. They do not require any mechanical commutators or electronic components for supplying the rotor. They are both robust and reliable. However, their one major drawback is their comparatively poor efficiency. Particularly in the part load range they are clearly inferior to electronically commutated (EC) motors, which operate at around 70 per cent efficiency. This has a significant effect on power consumption in virtually all applications.

An impressive set of figures

The size 68 AC motor provides a clear example to illustrate the point. It was developed by ebm-papst in 1963 and is the basis for many other motor sizes. It is still used in a wide range of applications. Over the past five years, and assuming an average power consumption of 150W and a duty cycle of 75 per cent, the annual energy consumption of the 25 million AC motors employed as fan drive units in various applications was not far short of 25TWh (25 billion kWh). That represents the combined output of Australia’s two largest power stations, which produce about 28TWh per year. To put it another way: two large coal-fired power stations are necessary to supply the AC motors used in a five-year period in various fan applications in refrigeration, air conditioning and building systems.

AC to EC – exchange made easy

The figures show that it is essential to reduce the demand for energy in the future – and it can be done. Thanks to the development of a new series of EC motors, ebm-papst is now in a position to replace conventional AC motors with highly efficient EC technology with the same mechanical design. It is basically the same process as for old 100W light bulbs, which can be replaced by efficient LEDs, fitting in the same holders. The development of mechanically compatible EC motors and their extremely compact design did nevertheless represent a technical challenge.

The EC motor concept is based on synchronous motors with permanent magnet commutation. The magnetic rotor operates in synchronism with an electronically generated rotating field. This makes it possible to achieve any required operating speed irrespective of the mains frequency concerned. Accommodation of the electronics required for EC motors in a confined space (Figure 1) demands a lot of experience and expertise. Mechanical compatibility is also necessary in addition to the miniaturisation and optimisation of the electronics. This includes employing the same type of mounting flange as for AC motors (Figure 2), as well as modification of
the motor design as a whole.

The results are impressive. The new compact ebm-papst EC motors are based on the successful external rotor principle in which the rotor rotates about the internal stator. A number of practical advantages are gained from the thermoplastic encapsulation of the laminated core of the stator. The high-grade plastic material provides excellent electrical insulation and it is possible to integrate the ball bearing mount. This permits variation of the wall thickness and spacing, making it easy to compensate for laminated core tolerances. Finally, the entire wound assembly is encapsulated in thermosetting plastic (Figure 3). The one-piece rotor moving around the stator is of optimum aerodynamic design. Air inlets in the rotor ensure ideal dissipation of the stator heat. In combination with the encapsulated stator the motors have a high level of protection (IP54). Sealing of the electronics also plays an important role. In contrast to previously used concepts involving a flange and various O-rings, the electronics housing was provided with an elastic sealing component to ensure long-lasting protection of the electronics. The entire motor is robust and shock proof whilst offering outstanding reliability and a long service life.

When designing and manufacturing the new EC motors, great emphasis was also placed on sustainability and the preservation of resources. This is demonstrated by a variety of details. For instance, the one-piece rotor with press-fitted shaft reduces the number of manufacturing steps and fewer parts are required thanks to the use of multi-function components. The heat dissipation concept and a relatively short core also help to reduce the amount of material used. 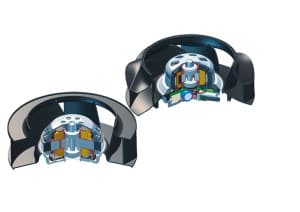 Figure 1. In spite of the integrated commutation and actuation electronics, the new EC motors (on the right) are just as compact as conventional AC motors (on the left), thus permitting simple mechanical exchange. 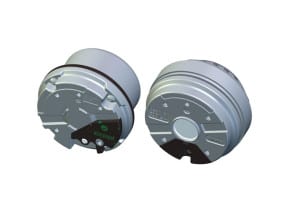 Figure 2. Mechanical compatibility: The new EC motor (on the left) can be attached in exactly the same way as standard AC motors (on the right).

The energy efficiency of EC motors is also associated with other properties which have a positive influence in everyday operation. These include speed control by way of the integrated electronics for example. The speed can thus always be matched to the given requirements. Additionally, EC motors run much quieter than speed-controlled asynchronous motors due to the noise generated by the triac or frequency converter control employed by the latter. Other advantages include high power density, compact size and a monitoring function which permits interrogation of operating data and statuses at all times.

A variety of applications already implemented provide ample evidence of the environmental, financial and practical benefits to be gained by swapping from AC to EC motors in refrigeration, air conditioning and building systems.

This applies to the evaporator unit fans used around the world in refrigeration systems, for instance to transmit heat in cold storage areas (Figure 4). As such systems operate with a high duty cycle, power consumption can be reduced considerably by using EC motors. And the AxiCool range of EC fans designed specially for this sort of application has even more advantages to offer: they are able to withstand the harsh cold storage conditions, produce little heat in the refrigeration system thanks to the high level of motor efficiency and can be regulated to suit requirements. 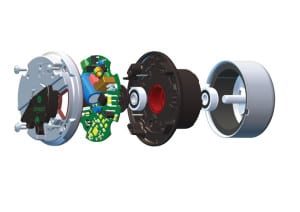 Figure 4. EC fans, optimised for use with evaporators in cold storage areas.

There is no end to the list of possible examples, encompassing EC blowers in range hoods or clothes dryers, duct fans, fans in refrigerated display cases and fans in ventilated façade systems. Common to all is an average reduction of energy usage by about 40 per cent when switching from AC to EC motors. Going back to the previous figures involving 25 million AC motor applications, here is another interesting thought: if all 25 million AC motors were to be replaced by EC versions and assuming a potential average energy saving of 40 per cent, the annual saving would amount to nearly 10TWh. The efficiency of EC fans in refrigeration, air conditioning and building systems would therefore permit an entire coal-fired power station to be shut down – an indisputable contribution to reducing the world’s energy consumption.

The ebm-papst group is the world’s leading manufacturer of fans and motors and is a pioneer and pacesetter for ultra-efficient EC technology. ebm-papst fans and motors are represented in many industries, including ventilation, air-conditioning and refrigeration technology, household appliances, heating engineering, in IT/telecommunications, in medical technology and in applications in automotive and commercial vehicles engineering. Find out more about
ebm-papst ANZ at www.ebmpapst.com.au.