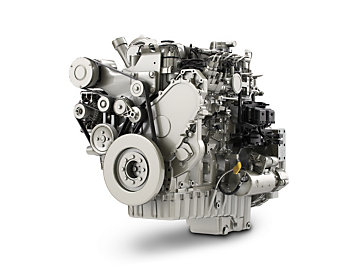 AllightSykes has launched the Perkins® 1706 and 2000 Series into the Australian market, with a focus on pump applications. Here in Australia, the mining industry is among the first to place this new generation of engines which meet the Tier 3 emissions standards.

AllightSykes product line manager for engines, David Whincup, said the new Perkins engines, designed to meet the strictest of these standards, are physically smaller and more responsive with increased power density, multiple application-driven approaches to after-treatment packaging and an overall emphasis on providing integrated systems customers can easily incorporate into both new and existing machines.

“More efficient combustion captures more of the energy in the fuel which not only reduces emissions but also improves fuel economy to reduce operating costs.”

Whincup offered the Perkins 1706 as an example of what has been achieved in this power range. It’s a 6-cylinder, 9.3L engine that is built using the Tier 4 platform which uses a new high-pressure common-rail fuel system to produce up to 340kW (456hp) and 2,088 Nm (1,540 lb. ft.) of torque. Built on a proven core engine that has logged more than 200 million hours of real-world operation, the 1706 produces more power and torque while consuming less fuel.

The high-pressure common-rail fuel system used on the 1706 is also new and optimised for performance. It eliminates the need for fuel coolers in most applications and permits cold starts at temperatures down to -20°C (-4° F) without aids.

Monitoring these sophisticated new engines is also easier using the free Perkins® My Engine App that gives operators a wealth of information about engine condition, maintenance requirements, service history, parts and much more all on their office computer or mobile device. The app also provides a direct link to AllightSykes sales and technical staff to support customers in the field.

Whincup also noted that Perkins commitment to a cleaner environment does not end with delivery of new engines.

“Perkins operates an extensive remanufacturing program for engine components including everything from major assemblies like blocks and heads to individual accessories like turbos and fuel pumps,” Whincup said.

“We also supply short blocks, remanufactured heads and complete remanufactured engines that can save customers a significant amount of money compared to replacing an entire machine.

“By reusing as much of the original component as possible and replacing the unusable parts with remanufactured equivalents wherever practical Perkins keeps a substantial amount of material out of landfills around the world.

“Even something as simple as an oil filter can be redesigned with the environment in mind,” he added.

“The Perkins® Ecoplus filter does away with the traditional metal can and replaces it with a replaceable element inside a reusable filter housing. That keeps spin-on type oil filters out of landfills. Perkins Ecoplus oil filters are also designed to drain oil back into the block automatically when they are opened to avoid spills.

“Most folks don’t think of those aspects of environmental stewardship, but Perkins does. It’s part of the culture at Perkins and AllightSykes.”

This Sponsored Content is brought to you by AllightSykes. For more information on Perkins Engines and Perkins genuine parts, contact AllightSykes at www.allightsykes.com, [email protected] or 1300 255 444.