Over the last five years, smarter controls have greatly contributed to the overall efficiency of HVAC (heating, ventilation and air conditioning). Energy Action’s Projects and Advisory Services Division Director, Dr Paul Bannister, shares his insights into maximising HVAC energy efficiency and the key role that pumps can play in doing so.

The energy use of HVAC systems is typically around 40 per cent of total building consumption, across many building types. HVAC energy also constitutes around 70 per cent of the energy considered for the NABERS (National Australian Built Environment Rating System) Base Building ratings for offices and shopping centres.

NABERS is a national rating system that measures the environmental performance of a range of building types in Australia and New Zealand.

Control is important in HVAC systems because the systems often consist of many components that all need to work correctly – in concert – to be effective.

“Failure to do so can result in different components working in contradiction of each other – with the most obvious example of this being simultaneous heating and cooling,” said Dr Bannister.

“A poorly controlled HVAC system can use between 50­90 per cent more energy than a well­controlled system.

“For pumped systems, control is needed to turn the flow down as far as possible during periods of low load. This can play a significant role in the achievement of overall HVAC savings.” 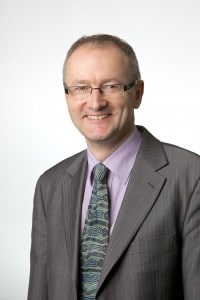 It’s important to be careful when talking about the effects climate can have on efficiency, because climate’s primary impact is actually not on efficiency, but on the nature and scale of the task itself.

Dr Bannister noted “In spite of that, temperate climates do have a particularly challenging job because the systems are designed for a reasonably tough cooling load (and a small but positive heating load) which is many times higher than the load the system runs at on an average day.

“So if the system fails to turn down to meet this minimal load, the effect on efficiency can be dramatic.”

By contrast, systems located in parts of Australia with a hot climate will have a high or very high cooling load.

For example, in a tropical climate like Darwin, there is no heating system and the buildings are typically simpler, so control is less important, while the raw efficiency of individual plant items actually becomes more important.

The key problems that create excessive energy consumption in HVAC systems relate to the time of use, turndown, conflicting uses and the robustness of the controls.

Dr Bannister said that ways to counteract these problems and enhance HVAC controls and energy effectiveness include:

How pumps can help

The effective control of pumps can help improve the energy efficiency of HVAC applications due to their significance in the systems. Pumps make up 10­15 per cent of HVAC consumption, their role only secondary to fans.

“Pumps are generally more difficult to control, due to the presence of static head and a condition known as “low delta­T syndrome” which tends to mean that flow demand reduces less than the load,” Dr Bannister says.

“However, by adding a VSD to a pump, it will almost always generate savings, provided the control and commissioning are done well.”

Controls, however, work best when pumps are correctly sized. Dr Bannister notes, “One of the factors that compromises energy savings is when the pumps are selected based on over­inflated head pressures.

Even with a VSD, it can be hard to get a useful reduction in energy use if the pump is on the flat section of the pump curve. Poor selection is pretty common, unfortunately.

“Design for a realistic load and, if necessary, use multiple pumps to serve highly diverse loads rather than just hoping that a single pump can be turned down across the whole range.”