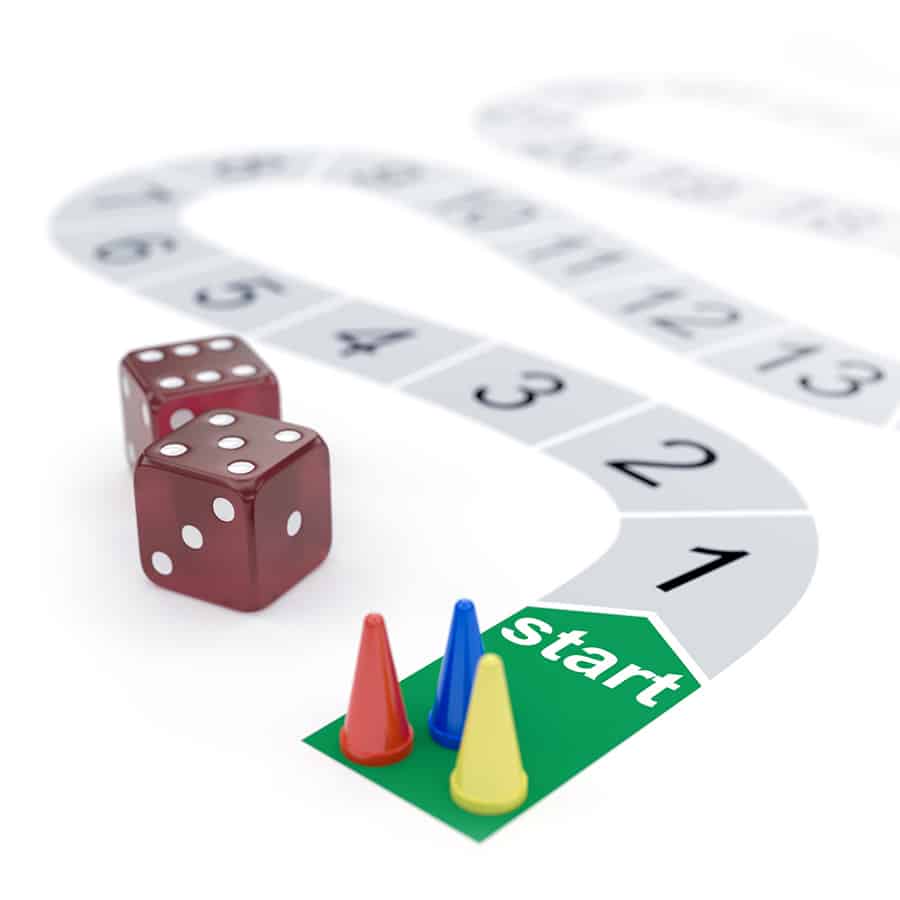 By Larry Bachus, The Pump Guy®

OK kids, let’s play the Mechanical Seal Game.  To play this game we need one industrial process plant.  A paper mill, oil refinery, thermo-electric power plant, pharmaceutical/chemical plant, or municipal water plant will do.  Next, we need a few hundred pumps. We’ll want all the global mechanical seal manufacturers (you already know who they are), and maybe a regional seal supply shop on hand.  And, it’s a good idea to have a couple of Seal-less Pump distributors in the vicinity.  Toss in a recent corporate merger and a few memos pledging more production with less people.  Now you have all the elements and pieces to begin playing…”The Mechanical Seal Game”.

Start by aligning yourself with one of the major global seal companies. Hold joint corporate meetings and commit to use only their seals in all your pumps, wherever possible. After a frustrating 24 to 36-months, kick-out this seal supplier and bring in another major global seal company who just recently swallowed-up its competitor and has a disjointed line of un-matching seals and a fractured corporate philosophy.

Our goal is about 5 to 8-years average life on the mechanical seals on our cooling tower re-circulating pumps, transfer pumps, and process pumps. This was the promise of the corporate bigwigs when they assigned us our very own in-house seal technician and said we were working toward a common goal. Are we having fun yet?

After another 24 to 36-months of mysterious seal failures, exchanging blame and pointing fingers, kick-out this global seal supplier and move on to either another global seal company or possibly one of the regional seal houses. It is important to note that the regional seal manufacturer came into existence after its distribution rights were summarily cancelled one day by a major seal company, or possibly was formed by disgruntled workers who made and built one of major seal companies, and then were downsized in a previous corporate merger.

This new alliance begins with a round of seal seminars, and a new and REALLY motivated in-house seal technician. We’re still trying to get about 5 to 8 years of seal life on the cooling tower water pumps. We know it is possible because we can get this type of seal life on the radiator water pump of the family car, and on the Freon compressor of the fridge.

Even the new seal literature says the seal faces are rated for 40,000 operating hours. But for some reason the mechanical seals fail mysteriously after a few weeks or months, dragging down the plant-wide MTBF statistics. Is the blur coming into focus?

By now we’ve rotated the maintenance engineer out of the department (and he’s glad to leave), and the mechanical seal corporate bigwigs don’t come around anymore. Their interest ended when we signed the contract.

The purchasing agent is making decisions based on price, when suddenly a Seal-less Pump distributor comes onto the scene. His pumps don’t use seals, and the purchasing agent is tired of buying cheap seals. The sales agent can’t brag on his price, or the efficiency of his pumps, or the fact that they generate more heat than they can remove from the process, and they take larger motors, BUT THEY DON’T USE MECHANICAL SEALS. God Bless the Seal-less Pump.

12-months later the Seal-less Pumps have left a 3-kilometer trail of blood for every success story. The frustration is on everyone’s face. The chief engineer is ready to buy compressors, string pneumatic lines all over the plant to replace the electric motor drives with air-operated diaphragm pumps.

Just then, a new seal comes onto the market called the “dry-gas” seal.

The “dry-gas” seal literature indicates the allowable axial movement at the seal faces is stricter than the tolerance in the shaft axial bearings. The new seal technician explains the reasons we should develop an intimate relationship with a nitrogen supplier.

Let’s raise the frustration level even higher. The new engineer decides to stop playing the seal game. He figures the real problem is in the poor design of the pumps, so he’s going to change pump manufacturers. Because the piping, the pump bases, and mounting bolts are already in place, he tells the new pump supplier to quote a pump that fits on the same base, and mounts to the same piping as the previous pump supplier.

If you’ve made it through this article to this paragraph without laughing or crying, or showing it to your friends, you’re probably thinking, “This drivel either comes from a really sick mind, or The Pump Guy has been around the block a few times and knows what he’s talking about.” The answer is…You’re correct!

By now Kids, I’m sure you’ve already guessed that the Mechanical Seal Game is played on the same board, with the same men, equipment, pieces, and rules as “The Bearing Game.” We can play “The Bearing Game” next week.

The real reason you can’t get good seal life, play the mechanical seal game, and experiment with seal-less pumps; is not in any corporate marriage, or finding the right seal company, or right price, or right maintenance engineer or philosophy. It is a process that began after your plant was designed and built.

The process started on the day your plant was commissioned. Let’s consider what happens once an industrial plant begins operating. Remember that the piping system governs the pump. Here we go.

To begin, the plant designers perform a truly magnificent feat of engineering when they start with an empty field of weeds and rabbits, and end with an industrial plant where the pumps operate within 5 per cent of best efficiency head and flow coordinates. But six months after the new plant is commissioned, most of the design parameters are invalid.

Scale forms on the inside diameters of the pipe. 200-mm pipe eventually becomes 190-mm pipe on the inside diameter. The increased friction moves the pump on its performance curve. In a ‘maintenance function’ to keep a plant running, 200-mm schedule 40 pipe is inadvertently exchanged with 200-mm schedule 80 or schedule 20 pipe. This moves the pump on its curve.

Cast iron pipe is replaced with carbon steel, stainless steel, or PVC pipe. Ball valves are exchanged with butterfly valves. Globe valves are substituted with cheaper gate valves. Long radius elbows are replaced with short radius elbows, or even welded mitred elbows to open space for more equipment. These changes move the pumps on their curves.

An instrumentation tech installs a flow meter into a pipe, and this increases the resistance. Friction losses increase again when probes and sensors are installed into the piping.
The “K” values (friction constants) for valves are based on full flow, totally open valves. A Process Engineer tells the operator to throttle a control valve because production has decreased. The pump migrates on its curve.

The process needs more heat so a heat exchanger is installed into the discharge pipe. The pump moves further away from best efficiency on the curve.

The “K” values for basket strainers and filters are based on clean filter screens. Over time, the filters clog with junk and debris. A partially clogged filter is like a partially closed valve. As the pump moves away from its best efficiency point, consumption of bearings and seals, and mysterious maintenance rises.

Then, along comes a filter salesman with a 30 per cent discount on a case of new and improved filters. The new filters have a tighter screen for better filtration, and they fit right into the old filter cans. Does the purchasing agent or the storeroom tech, know how this will affect the pumps on their curves?

Does the process engineer care? You can bet they never considered it before. The filter salesman gets his commission on a case of filters, and at the same time finances a new car and vacation for the mechanical seal salesman.

The mechanical seal salesman is happy and winning sales awards. But he doesn’t know that he’s about to be kicked out of the plant because his seals still can’t offer 5-years of service life on a cold water pump.

Here’s a good question. Is it possible that an apprentice mechanic might install a check valve in reverse or backward in the piping? Bet on it. What do you think this does to the pump on the curve? This pump will go through another mechanical seal and set of bearings before this error is discovered and corrected.

But, a 20 per cent change in speed will change the pressures and heads (including the discharge head, friction head, and net positive suction head) by the square of a 20 per cent change in speed. This is one of the affinity laws. If the pump’s speed is arbitrarily altered with a variable speed motor, the pump’s duty coordinates (head and flow) will slide away from the best efficiency coordinates depending on the profile of the system curve.

You’ve become an expert at the mechanical seal game when management files a malpractice lawsuit against the Design Engineers. Remember them? The guys who designed with pumps within 5 per cent of their Best Efficiency points? The real credit (or blame) for this lies in the fact that a plant’s pumping system is extremely dynamic.

In the short term, levels in the tanks rise and fall, header and tank pressures vary, and valves are opened and closed according to the needs of production. In the long run, old equipment is exchanged with new equipment, scale forms on the inside of the pipes, and pumps lose their efficiency.

No one remembers the pumps were specified and bought with a best efficiency point (BEP), as though the system head and flow are static. Pumps should be specified with a best efficiency range.
The mechanical seal companies have also played a role in this farce. They are not guilty of manufacturing shoddy product, and they don’t start each day thinking of ways to cheat their customers. But they are guilty of not paying attention to their customers’ needs.

Read your mechanical seal literature. The seal companies manufacture and sell seals to resist the liquid pumped, and they manufacture seals that are easy to repair and easy to install. This is like manufacturing cars for the repair shops and panel beaters.

Have you ever read seal literature promoting a mechanical seal for pumps with inadequate NPSH? Inadequate NPSH is responsible for about 40 per cent of all pumps in the shop today. But, how are you going to know this if your pumps don’t have adequate instrumentation?

Have you ever read mechanical seal literature promoting a seal for a dead-headed pump, or a dry-running pump, or an intermittent-service pump, or a pump in cavitation? The process industry needs mechanical seals for these everyday process conditions.

These are the reasons pumps spend so much time in the shop. The industry doesn’t really need another seal that any apprentice can install in 5 minutes, every 4 months. We already have too many of those seals!

Agree or disagree?
This article represent’s the opinions of the author. Here at Pump Industry magazine, we’d love to hear your opinions – do you agree or disagree with Larry’s article?
Please send all correspondence to [email protected] The Pump Guy is Larry Bachus, a pump consultant, lecturer and inventor based in the USA. Larry is a retired member of ASME and works as a contracted mentor to refineries and process plants around the globe. You can contact Larry at: E-mail: [email protected]. Phone: 1-615-361-7295.