Mingling with the rock stars of the pump industry 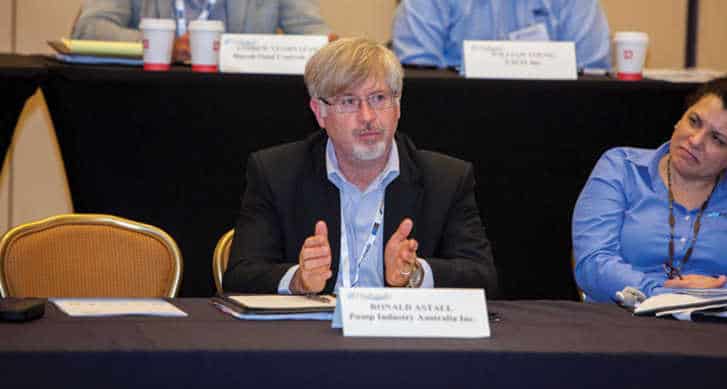 In 1991 the Hydraulic Institute was a volunteer organisation of pump companies with a solid background of generating some basic pump and pump testing standards. In many respects it was an organisation very similar to PIA only a couple of years ago.

With the generous support of PIA, I headed to St Petersburg, Florida. I will be providing a detailed report on the PIA website, however a number of observations are worth relating here. This conference of 265 delegates was easily the most professionally run event I have attended. All the minor details were taken care of, even to the extent of a personalised email reminder every evening re-confirming my itinerary for the following day.

The meetings themselves were mostly addressing the upgrading and re-writing of the Hydraulic Institute’s standards and guidelines. Comment was welcome from all attendees, whether they were formal committee members or not. Along with Standards and Guidelines, the Hydraulic Institute is very active in Pump System Optimisation (PSO) training and, like the BPMA, they are developing a certified pump system auditor training program.

These energy efficiency initiatives are probably the Hydraulic Institute’s key activities at the moment and they have gained solid support and sponsorship from a number of the big utility companies in the US and the Northwest Energy Efficiency Alliance.

There are currently $US9 billion dollars available in energy efficiency programs in the US and a number of the power supply companies have subscribed to the Hydraulic Institute’s PSO program. Along with the technical stuff there were presentations on leadership, emerging technologies, and on economic topics.

I discovered that Australia is globally ranked seventh in average wages at $US48 per hour, compared to Japan, the US and Canada at $US35 per hour. India was $US1.50 per hour and China $US3.20 per hour. Despite being ranked seventh in wages cost, Australia has the world’s highest manufacturing cost; at around 30 per cent above the US.

The good news (for those of us selling to the resource industries) was that the oil price should recover to $US85/bbl and China’s demand for resources should recover around the end of 2016; with Australia expected to be the major beneficiary.

The Hydraulic Institute sees itself primarily as a marketing organisation whereby their standards, guidelines and training initiatives can be utilised by their members to generate strong customer relationships. Following my discussions with the Hydraulic Institute team I am confident there are a number of areas where a relationship with PIA will be able generate mutual benefits; such as in marketing of publications and sharing training programs.

Certainly it was an inspiration meeting the ‘Rock Stars’ of the global pump industry, and to see how the Hydraulic Institute go about their business. 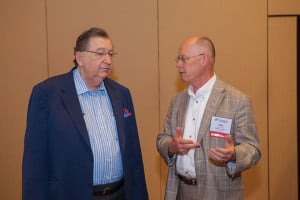 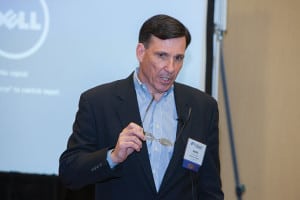