Monitoring of Yallourn Mine water continues 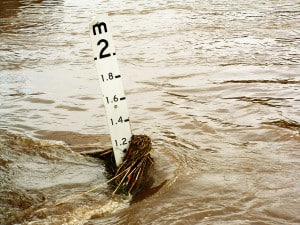 The EPA continues to monitor the flood waters being pumped from the Yallourn Mine, with early results indicating there have been no harmful levels of contaminants such as heavy metals or hydrocarbon.

TRUenergy’s Yallourn Mine in the Latrobe Valley was flooded on June 6 this year after the collapse of an artificial river bank constructed to carry the Morwell River across the middle of the mine. The flooding limited the operation of Yallourn power station that generates 22 per cent of Victoria’s electricity. TRUenergy applied to EPA for emergency approval to pump flood water from the mine.

In an emergency, a company can apply to EPA for approval to discharge waste to the environment. EPA may grant its approval if the company can demonstrate that the discharge will not cause any long-term negative impacts on the environment. An emergency discharge approval can only be issued for 120 days, after this time, the company must reapply for approval to discharge.
The discharge approval granted to TRUenergy requires the company to monitor the impact of the discharge on the river using an independent laboratory with a NATA accreditation (National Association of Testing Authorities) to take and test the samples.
The results do indicate the discharge of water from the mine has increased turbidity levels (cloudiness due to silt) in the Latrobe River and there have been traces of some naturally occurring compounds, such as iron.