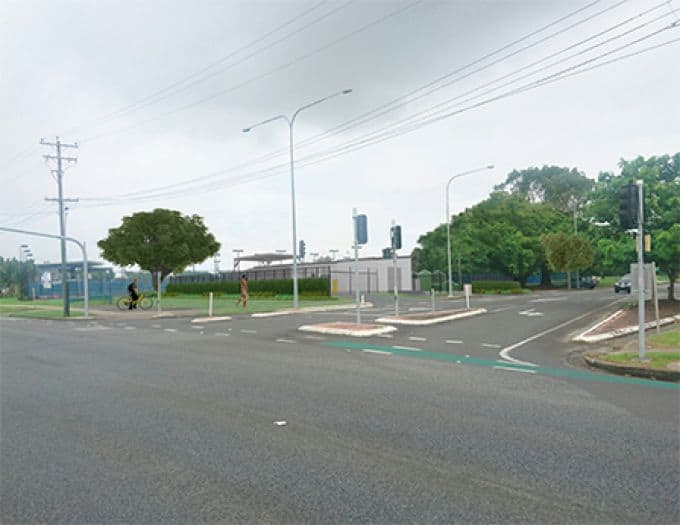 Preliminary works have begun on the $9 million replacement of the 65-year-old sewage pump station (SPS K), with a new station (SPS NC1) with increased capacity.

The sewage pump station (previously known as SPS K, now SPS NC1) located on the corner of Sheridan and Lily streets in Cairns North, plays an important role in providing efficient sewer services for the City of Cairns.

This pump station is the largest in operation in the Cairns LGA and pumps more than 600 litres per second of raw sewage every day through the network, transferring it to the Northern Wastewater Treatment Plant where it is treated.

Given the age of the pump station, the growing population and the increasing density of the city, the pump station requires an upgrade in order to continue servicing the areas across the Cairns CBD and Edge Hill.

The existing pump station is currently 65 years old and at the end of its useful life.

On completion of the project, the new sewage pump station will allow increased capacity to cater for the growing demand within the catchment, accommodate future connections within the sewerage network, address odour issues, and continue to provide a reliable sewer network to the community.

Works are programmed in two stages being (i) the preliminary works and (ii) the construction works.

Preliminary works are currently underway on site which include location of underground services, surveying and site set out.

The construction phase of the program is expected to commence in mid-April 2020 and to be completed by late 2021s.

Residents and businesses in the nearby area will be continually updated throughout the life of the project. The community is encouraged to visit the Works In Progress page for project updates. An odour control unit will also be installed which will address odours currently being experienced.

Below ground is a new wet well, pipes and a chamber to house associated underground fittings and valves. Two car parks will be removed from Lily Street in order to install the new driveway.