In July, Jim Athanas took over the role of Managing Director for Xylem Oceania. In this role, Jim will be responsible for driving revenue and market share expansion and will be based in Sydney. 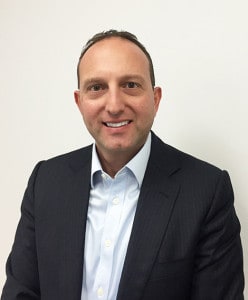 Jim brings extensive commercial leadership expertise to Xylem. He has more than 20 years of experience in a variety of water-related companies and has served in sales, marketing and  general management positions with a heavy focus on driving business growth and profit organically and through acquisition. His previous positions include Managing Director for Nilfisk Australia, in addition to management positions at Ecolab and Nalco.

Most recently Jim served as the Managing Director – Pacific for Nilfisk Australia, and previously at Ecolab as Vice President and General Manager, Pacific – Water Care Division.

Prior to Ecolab, he held several positions at Nalco, including an Asia Pacific assignment based in Singapore.

Jim holds an undergraduate degree in Chemical Engineering with Honours from the University of New South Wales, received his Master of Management from Macquarie Graduate School of Management and is a graduate from the Australian Institute of Company Directors (AICD).