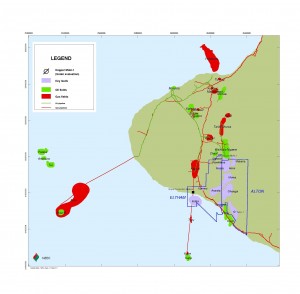 NZEC commissioned AJM Deloitte to prepare an interim reserve estimate and economic evaluation to include data from wells that commenced continuous production in 2012.

AJM Deloitte also reviewed the seismic mapping presented by NZEC and agrees that this data is likely indicative of the higher permeability regions targeted by the wells but is not conclusive relative to the total extent of the reservoirs.

NZEC is an oil and natural gas company engaged in the production, development and exploration of petroleum and natural gas assets in New Zealand. NZEC’s property portfolio collectively covers approximately 2.25 million acres (including pending permits) of conventional and unconventional prospects in the Taranaki Basin and East Coast Basin of New Zealand’s North Island.