My pump career began in February 1974 when I joined the Thompsons Byron Jackson Division of Borg­Warner. Prior to this, I got a degree in Metallurgy while I was a trainee at BHP steelworks in Newcastle. I then went overseas for eight years, spending two years in London and the last six in Montreal, Canada. 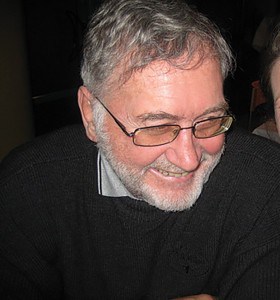 While in Canada I studied at McGill University, graduating with an MBA, and I met my wife and had two children before coming back to Australia.

On my return, I approached a number of companies involved in manufacturing heavy engineered products, with Thompsons Byron Jackson offering me a career path to managerial levels.

At this point I’d only worked in the steel industry so when I started I didn’t know which end of a pump sucked and which blew.

I was recruited, in part, because of my MBA but there was still a huge learning curve when I started in the industry.

I spent two years in the sales division in Melbourne before moving to Castlemaine, and even though I didn’t know much about pumps, Thompsons had a very good application and engineering section who provided me with good technical support.

I found pumps to be an interesting business, and liked the processes, products and skilled people.

Eyes on the top job

The most memorable moment in my career would have to be getting the boss’s job. Right from the start, there was the view that I would eventually become general manager, as long as I didn’t stuff up. I always wanted the job and when it was finally handed to me it was the culmination of my career plan.

Bill O’Hehir was the general manager at Castlemaine before me and he guided me in many ways with a lot of down­-to-earth, homespun advice. He had great knowledge of people, business and management and was my mentor from 1983 until his retirement in 1990.

The greatest piece of advice he gave me was to understand the politics and learn to manage upwards. He also told me to not surround yourself with idiots and hire good people that will make your job easier. I took his advice and had some very talented and intelligent guys in my management team.

I spent my 32 year career working at Thompsons with 16 of those years as the general manager, before retiring in 2006, when I was 65.

I worked with many other interesting pump personalities over the years including Allan Jackson, who was the managing director of BTR Nylex, when Thompsons Kelly and Lewis was taken over by BTR Nylex in 1987.

Under his leadership, Thompsons Kelly and Lewis was awarded privileges given to no other business unit in the BTR Nylex stable.

Other than Allan, Jim Quain at Flowserve and Les Boelckey at United were also good friends and advisers. My accountant, George Milford, was particularly skilled not just as an accountant but as a manager who understood the business, and sales manager Antony Grage was a very intelligent man.

I’m a life member of Pump Industry Australia and I go to their dinner once a year, and I also have lunch with my old colleagues about once a month. 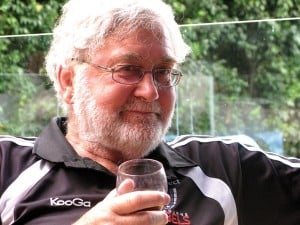 The biggest changes that have occurred in the pump industry are the rationalisation of business and the reduction in local manufacturing.

For example, Flowserve is the successor to Thompsons, Kelly and Lewis, Worthington, Ingersoll­Rand, and Giles & Gaskin.

When I began, we would have had about 2,000 people and then when I finished we were down to 400, so that’s a huge change.

Since my retirement in 2006, there has also been major closures of foundries and a decrease in local manufacturing.

Manufacturing is a tough game in Australia now because tariffs were removed. When I joined we had something like 25 per cent tariffs on imported parts, now it’s five per cent.

The other thing is all our competitors are importing. Having merged the four big manufacturers in Australia into one, our main competitors were importers.

The decline of manufacturing and rise of importing has had a huge impact, as have the changes in markets. Some of our big customers were oil refineries but now most of them have closed in Australia.

But one of the most significant developments I witnessed during my working life was the rise of computer technology.

While initially sceptical about computers, I am amazed at what they can do. I still remember the old tradesmen shaking their heads in disbelief at what a CNC machining centre could do. CAD drafting was also an eye­opener.

Pumps have been around a long time and aren’t changing very much, it’s the controls and condition monitoring that are changing. The pumps being made now don’t look too much different from the pumps of 70 years ago.

Across the industry, the processes and products are interesting and you meet some great people too, including customers, but I don’t know if I would tell people to go into manufacturing. However, it was a good career for me as I live reasonably well, I enjoyed my work and I was rarely stressed.

I’m not a fisherman, a golfer or a gardener, so I’m probably not that well suited to retirement.

I am, however, a bit of a rugby fanatic and two years ago I was awarded the lifetime volunteer of the year award from the Australian Rugby Union.

I also organise the local rugby club in Bendigo and have been treasurer for the last 40 odd years.

I also try to travel as much as I can and spend time with my three sons and seven grandchildren. I went to the rugby world cup last year and I stay in my apartment at Trinity Beach in Cairns every now and then.

I look back at my time in the pump industry with fondness as it has provided me with a good living and great friends.