Geoff Daniels is a PIA Life Member who first began working in the pump industry in 1959 at the age of 16. Geoff’s career working with pumps spanned 25 years and he remains involved in the PIA. In this interview, we talk to Geoff about his experience of the pump industry in the 1960s and 1970s and the changes that have occurred since. 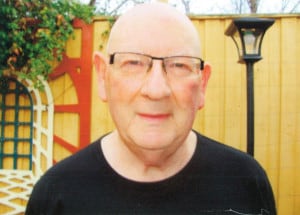 How did you first get into the pump industry?

It all started in 1958. When I turned 16, my mother told me I needed to get a job. I was reasonably good at art in school so mum thought I would be alright as a draughtsman, as she knew that they drew pictures of some sort or another. We lived in Springvale, Victoria and my mother knew of a factory some 500 metres down the road that employed draughtsmen.

So, down to the factory I went, had an interview, and low and behold, I got a job as a trainee mechanical draughtsman. The fact I didn’t know what was made in the factory was a bit of an embarrassment.

I commenced my mechanical draughting career in January 1959. On my first day I asked what the factory made and was told ‘centrifugal pumps’ (whatever they were). I asked my mentor on the day, “Where or how does one start drawing?” The answer was, “With a centreline of course!” That’s how it all started.

The factory was in fact, Kelly and Lewis. It was a listed public company at that time and designed and manufactured a large range of standard pumps, as well as custom-built centrifugal pumps for a wide range of applications. It designed and manufactured pumps for agriculture and industrial applications, as well as specific designs for power stations, sewerage works and more.

Kelly and Lewis was the archetypal 1960s and 1970s pump design and manufacturing company, with complete ‘in-house’ manufacturing processes from original design to final assembly of its pump range.

The skill base was one that I have never forgotten. From its engineers’ extraordinary design ability (no computers, just slide rules in those early years), to pattern makers, foundry moulders and fettlers, to machine operators on huge boring machines able to machine large parts to within tight tolerances. These skills also extended to the fitting area and test bay and I was always in awe of the skills that so many people possessed.

I spent some 24 years at Kelly and Lewis and worked for one other pump company. I worked as a design draughtsman with F. N. Bethune, manufacturer of Pomona Pumps in Camberwell, Victoria, for about one year in the late 1960s.

I left the industry in 1987 to pursue a career in a different industry. However, during the 1970s, changes started in terms of the introduction of computerised machine tools (CNC), with the first computers introduced into design and production in the 1980s.

The other significant changes in the 1980s were associated with a downturn of in-house production in favour of outsourcing components and some processes, along with a move towards importation and away from local production.

Since my time, a significant shift in the Australian pump industry has been the downturn in local design and manufacture, and increased reliance on imported technology and products, much the same as with many other industries. The upside to this is the ability to draw upon technologies from around the world, which, for practical and economic reasons, have not been developed here in Australia.

Well there are two actually. One was when I led a design team to produce a new range of standard pumps in the early 1970s, which turned out to be a very successful venture with production and sales lasting some 20 years. The second was my elevation into the contracts/sales section of Kelly and Lewis and becoming part of the management team of the company where I worked for many years.

I certainly did. I had a number of people over the years help and guide me, even from day one in January 1959. A number of such people were from engineering, but there were people from the trades area of the company who were always willing to give good advice and steer me in the right direction – which I needed quite often during my early years.

No, as the overriding title states – somewhat of a pioneer! However I am a Life Member of the PIA and I have, over the last few years, helped the association with the production of a number of its recent publications. Sort of keeps my hand in, one could say.

Having been out of the mainstream pump industry for many years, I’m probably not in the best position to answer this. However, as an observer, I believe that the loss of basic pump design capability in this country, coupled with a long-term degrading of major infrastructure, such as power station pumping equipment, simply leads us to rely on imported technology more. This has some advantages but has significant drawbacks for engineering development in Australia.

What advice would you give to young people in the pump industry?

Study and get the best qualifications you can achieve. Have the patience to listen and learn as much as you can from your peers and those with extensive experience in the pump industry.

As a full time carer, I do not have that much spare time, but I do like reading, particularly about current affairs. I also enjoy doing things to help other people and, at my age, pursuing activities that help keep the mind stimulated.