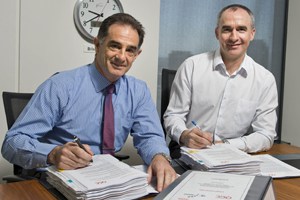 QGC Pty Limited has awarded a contract worth up to $80 million for the first stage of natural gas processing facilities in the Surat Basin for the Queensland Curtis LNG Project.

QGC Managing Director Derek Fisher said QGC and the joint venture were committed to the use of local contractors wherever possible.

“The contract  gives local contractors the opportunity to provide associated goods and services and includes a plan for employment of local personnel and contractors,” Mr Fisher said.

“We’re committed to providing local, Queensland and Australian suppliers with full, fair and reasonable opportunity to participate in QCLNG.”