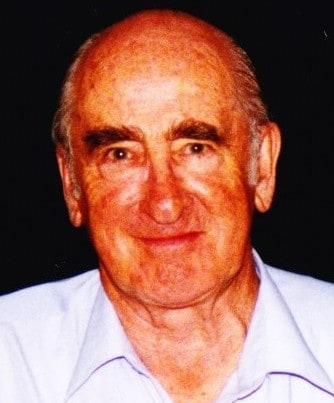 Dr Sharp was an accomplished professional in the Australian pump industry, having been responsible for unravelling an enhancement problem on the Morgan Whyalla pipeline, and being the first to release water from the Murray to Adelaide from the Mannum pipeline.

He was also an academic, having measured the expansion of concrete tanks when being filled, and completing his Doctorate on water hammer in pipe systems. Dr Sharp was also Chair at Melbourne University for 10 years, was part of working groups for the development of SAA Codes on flow management, and a Fulbright Scholar, among other accomplishments.

Dr Sharp was well known in the pump community as the “Father” of the Australian Pump Manufacturers Association (APMA), following a three-month trip to Africa in 1964 where he studied the pumps and pump systems being used.

The study resulted in a report that was presented to the Australian Government, as well as a number of prominent pumps companies who contributed financially to the study.

The main outcome of the report was the formation of the APMA in the latter half of 1964.

Dr Sharp was inducted as a Life Member of the PIA in 2010.

A memorial service will be held for Dr Bruce Sharp on 25 July 2018 at 1:30pm at East Kew Uniting Church in Kew East, Melbourne. Those wanting to pay their respects are welcome to attend.