A range of new pump supply contracts have been awarded on Chevron’s Wheatstone Project as part of the Bechtel Onshore LNG Plant. 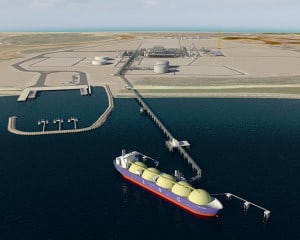 United Pumps Australia has been selected to supply API 610 pumps for the two LNG trains.

A final investment decision to proceed with the Wheatstone Project was made 26 September 2011, with construction beginning soon after in December 2011.