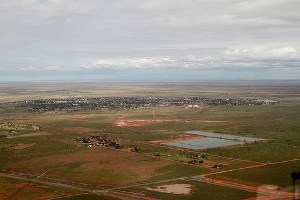 The WA Water Corporation has announced the completion of a $3 million upgrade to a major water pump station near Port Hedland, which will deliver an extra one billion litres of water to the Port Hedland Water Supply Scheme each year.

Water Corporation North West Regional Manager Peter McAllister said the upgrade to the Strelley Pump Station began in August and will help cater for the future water needs of the developing area.

“Works, including the installation of a new booster pump and associated pipework and valves, was completed last month, two weeks ahead of schedule,” Mr McAllister said.

“The Water Corporation worked closely with existing operations and major customers to get the project complete as quickly as possible, while limiting impact to its customers – the result is a good outcome for everybody involved.”

The pump station upgrade follows a recent granting of an increase to the Corporation’s abstraction licence for the De Grey borefield.

The Corporation is also progressing planning for the Yule borefield and transfer main expansion projects to enable delivery of an additional four billion litres of water per annum to the Scheme.

These works are scheduled to begin early next year with completion expected by the end of 2014. The Yule borefield provides a second source of water to the Port Hedland Water Supply Scheme.