Located in the Denison Trough area of Queensland’s Bowen Basin, Comet Ridge’s Mahalo gas project is considered to be in one of the largest undeveloped gas resources on the Australian east coast with and estimated 172PJs of 2P gas reserves. In March, Comet Ridge undertook initial production testing on last of three new wells, with initial results showing scope for increased pumping speed.

While early exploration in the region focused on conventional resources in Permian sandstone reservoirs, the Mahalo JV Project Area is now prospective for both coal seam gas (CSG) and coal extraction.

Over 20 wells have been drilled in the Mahalo JV Project Area, with a majority of these drilled after 2004 when Comet Ridge acquired its interest and CSG exploration began.

In mid-2017, Comet Ridge entered an agreement with Santos to assume responsibility to manage the field subsurface work in respect of the Mahalo 2017 Joint Venture Exploration Work Program and Budget until December 2018, which included the following works:

Underreaming work began in August 2017 and involved pulling out tubing and pumps from the wells, underreaming the coals in Mira 3, 4 and 5, and then re-running tubing and pumps. Mira 2 was also set up as the intercept well for the Mira 6 horizontal well.

The Mira 6 horizontal well was designed to intersect the thickest of the four seams at Mira (Castor seam) and run for approximately 500m in seam prior to intersecting Mira 2 after which around 450m was drilled in the same seam. On completion of drilling, the pump and tubing was reinstalled in Mira 2.

In February 2018, Comet Ridge entered a second agreement with Santos to operate and manage the Mahalo 2018 Joint Venture Exploration Work Program and Budget on behalf of Santos.

In January this year, the fifth and final well for the program was successfully completed after a three-month long drilling campaign that began in October 2018.

The new wells comprise of:

Once drilling was completed on each of these wells, tubing and pumps were re-run and then put online for production testing.

Cross-section view of the Struan 3 dual lateral well, intersecting
the Struan 2 vertical well (not to scale)

Each of the production test wells were brought online at very low pump speeds, resulting in initial water rates of approximately ten to 12 bwpd (barrels of water per day) for each well.

Pump speeds have been progressively and slowly increased on the wells over the past couple of months. This has been to ensure bottomhole pressures are brought down slowly to avoid mechanical damage to the natural fracture system in the coal reservoirs.

When production tested, water rates for all wells (these and others) in the Mahalo Block had been consistently low, notwithstanding the significant gas rate of 1.4 MMcfd that was achieved in 2017 on the Mira 6/2 combination in the Mira pilot scheme.

There is significant scope to increase pump speeds in these wells, with only about a quarter of the bottomhole pressure in each of the wells drawn down so far.

Core data was also taken from the three vertical wells (Memooloo 2, Struan 2 and Sirius Road 1) for gas content and isotherm analysis. Gas content laboratory analysis has now been completed on the Memooloo 2 and Struan 2 vertical wells and was ongoing on the Sirius Road 1 well in early June. Preliminary results for gas contents on the first two wells are in line with expectations, with Memooloo 2 results being particularly pleasing where one of the key objectives was to demonstrate developable gas content in the north of the block at a shallow depth. 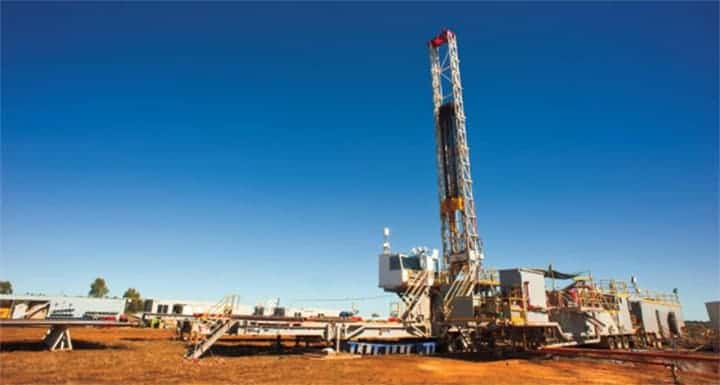