In the ongoing Pump Pioneer series, Chris Bland  catches up with Bruce Ellis who started in the industry almost 50 years ago and whose career included many years as Managing Director of Mono Pumps. 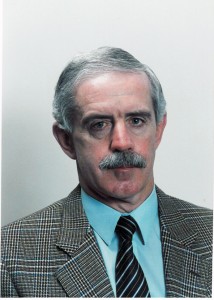 When did you first get into the pump industry?
I got into the pump industry by accident in June 1964. After completing my Degree in Mechanical Engineering at Uni of Melb and a 2 year Graduate Apprenticeship at GEC Steam Turbine Works in England, I was looking for a fill in job before starting Teacher Training in 1965. I went for a practice interview at Ingersoll-Rand (IR) in South Melbourne and accepted a job as a Sales Engineer specialising in pumps. At that stage I didn’t even know what a Sales Engineer did. I stayed with IR for a 15 years and never did get to Teachers College.

I got into pumps by accident. Ingersoll-Rand had recently started making pumps in Australia and were looking to increase sales of pumps in Australia. I was lucky that, at the time, there was a lot of expansion activity in the Refining and Petrochemical industries in Melb and Sydney and, with the backup from some good engineers in Ingersoll-Rand, was able to achieve good sales success.

After 15 years at IR, during which I moved from sales engineer, to sales manager, state branch manager, head office product manager and finally to manufacturing manager, I left IR and the pump industry to join Jaques Ltd as General Manager. This was an interesting two years in heavy engineering related to mining and quarrying, but I must have been subconsciously missing the pump industry because I was attracted to apply for a job as General Manager of Mono Pumps. After about 18 months at Mono, I was promoted to Managing Director.

I left Mono after 15 years and worked part time from home in a consulting/sales role for a small USA maker of specialised Rock Drills that were used primarily in drilling 200 to 1000mm foundation holes for bridges, landslide barriers, and buildings. This job involved frequent, enjoyable, trips to Japan.

I was then headhunted to start a small Australian Branch office for Roto Pumps who are an Indian competitor of Mono Pumps. This was an interesting, successful, learning experience that involved me more closely with Pump Distributors and the networking that is invaluable in small business.

My final (at least so far) involvement in pumps was 3 years as part-time pump technical specialist at Stevco Seals and Pumps. What do you like about the pump industry?
I had always been interested in most things mechanical and always wanted to know how things worked. Pumps, along with other IR products such as process gas compressors, were not only intriguing themselves, but led to my involvement in various processes that used pumps, and other machinery that were used in those processes. In those days, it was easy to obtain permission to go on site to view existing processes and equipment in operation, and to get involved in troubleshooting that enhanced both my own and IR’s reputations.

To successfully sell pumps to Engineers and Engineering Contractors, you had to offer application advice that was valuable and dependable. In other words, the pump user had to consider that you were acting as a consultant first and salesman second. Your company also had to have good designs and be competitive. Fortunately, at my practice interview, i lucked out in picking IR.

Pumps are used in virtually every industry and so give you the opportunity meet a very wide selection of people and be involved in a wide range of problems and successes. I have had the good fortune to spend hours yarning around campfires on NT Cattle Stations, after helping solve borehole pump problems. And have enjoyed problem solving with top Chemical Engineers in the Petroleum Industry, Chemists in Food Manufacturing, or Distributors of Solar Pumps.

How has the industry changed during your time in it?
I guess that the biggest change has been the reduction of import Tarrifs and changes to Exchange rate. As president of APMA in the late 1980s or early 1990s, I presented a pump industry view to the Industries Assistance Commission. The IAC recommendation to reduce pump Tariffs from 33{87a03eb4327cd2ba79570dbcca4066c6d479b8f7279bafdb318e7183d82771cf} to 5{87a03eb4327cd2ba79570dbcca4066c6d479b8f7279bafdb318e7183d82771cf}. The IAC’s view was that it would force manufacturers to become more competitive. The pump industry view was that it would force manufacturers to look at their options, with the most likely option being to import pumps rather than make them in Australia. This was especially likely considering the fact that most manufacturers were either overseas owned or had existing strong licence agreements or commercial relationships with overseas pump companies I think that history has shown that the pump industry view was more accurate. However, it is great to see that a few pump manufacturers such as TKL, United, Warman, and Mono have continued to make pumps locally.

What are some of the highlights of your career?

Did you have a mentor at any time in the industry?
I had many mentors during my career. The one who I remember most clearly was Barry Ash, the engineer who spearheaded Ingersoll-Rands move into pump manufacture in the early 1960’s. As well as guiding me on pump capabilities, trouble shooting, and never say “can’t” approach to manufacturing, Barry once asked me a question that helped me balance work and private life forever. The question was: “Are you working to live, or living to work”? My interpretation of this was – If you do not work hard and smart, you will not be successful and family life will suffer. If you work too hard or too long hours, family life will suffer, and this will effect your work results.

Tell me about some of the other personalities in the industry that you have worked with?
Peter Moate. Peter was Branch Manager when I joined IR. Peter was not a pump man but taught me a lot about selling techniques and staff motivation. Peter went on to be Chairman of Eagle & Global Steel.

Bill Smith. Bill was the IR pump salesman in Sydney whilst I was selling pumps in Melbourne. We teamed together on numerous projects where the Engineering and Purchasing was done in Melbourne for a Sydney user, and vice versa. To be successful you had to work as a team and forget about who might get the most sales credit. Bill went on to buy a small pump company that he built into Kelair Pumps.

George Snow. George was the first employee of Mono Pumps in Australia. He developed and grew the company into the leading positive displacement pump manufacturer and supplier in Australia, and, I believe, was a founding member of Australian Pump Manufacturer’s Association (APMA). George became Chairman of Mono Pumps (Aust) when I became MD.

Are you still involved in the industry today?
I have fully retired but have enjoyed a part time return to lead the re-write of the Positive Displacement Pump section of PIA Technical Handbook in conjunction with Alan Rowan and Geoff Daniels. This short project is virtually complete.

What advice would you give young people in the pump industry?
In any new job, you need to work particularly hard in the first 6 months to learn your job and to make your mark. Then, and only then, look at the life balance between work and family (refer to 7 above). If you don’t get this right, you will not be successful in the long run. Because life continually changes, look at your life balance at least every couple of years.

If you are a pump salesman, I think that my strategy is still relevant. The first order is the tough one. Once you get it, stay with it and make sure it is successful. Use the application to learn about the customer’s industry and problems – it is much easier to get site access and your customer’s ear after you have the order than before. Make every sale and every field problem a learning experience. Then use this experience to help future customers to either avoid the problems, or if problems occur, use the opportunity to show that you and your company can solve problems faster than your competitors.

What do you like to do in your spare time?
I guess that I am a bit of a sporting and fitness fanatic. In summer I race small sailing dinghies three or four times per month and in winter, I cross-country ski as often as possible and race at least twice per season. This program gives me the year round incentive to stay fit with gym work, roller ski training, and swimming. These are supplemented by Tai Chi (I am an assistant instructor three hours per week), and Yoga.

My wife and I enjoy reading, weekends away at our on site van at Waranga Boat Club, a major overseas trip each year, and frequent MG Car Club activities with our two MG’s (1949 MG TC, and 2005 MG F).

I don’t know how I found time to work!