Delivering water to the southern Murray-Darling 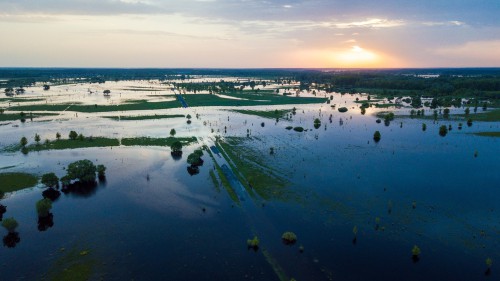 An issue with delivering water downstream of Lake Mulwala in the southern Murray-Darling will soon be rectified, with private infrastructure to be used to deliver water to irrigators.

The deal will see the Mulwala Canal used to transport water to irrigators faster and when they need it, where previously a narrow part of the Murray River alone was used which restricted delivery volumes and times.

Both the Murray River and the Mulwala Canal will transport water under the new deal.

“The deal would unclog the system during times of heavy demand,” Mr Littleproud said.

“The Murray has naturally narrowed downstream at the Barmah Choke, restricting water flow.

“This has made it difficult to deliver water reliably.

“Now downstream irrigators will get water when they need it.”​

“However, moving large volumes of water through a river system is a big and complex task, which has been made more difficult this year with the climatic conditions leading to major water losses within the Murray system.

“This agreement is great news in the lead up to summer when demand can peak, as it gives river operators another tool in the water delivery toolbox.”​