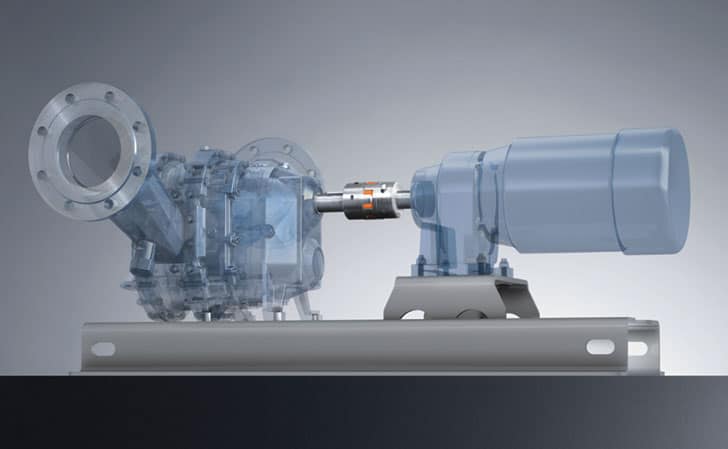 Some things are getting smaller. Consumer goods continue to shrink year on year, model upon model, as manufacturers strive to extract more out of less. The demand for increased capabilities has continued and this has resulted in design spaces becoming more cramped.

With this design, the hubs are mechanically separated by ‘cracking’ on purpose. An uneven surface with a positive fit is the result, ensuring an exact position of the two halves during assembly. The contoured, uneven cracked surfaces ensure an ideal centering of the hub halves.

This guarantees that the hub or the connection of the two hub halves, respectively, is not weakened by the separation by cracking. The ‘cracked’ hub is screwed in place in block assembly and makes sure that during operation there is no negative impact on the strength of the coupling.

The fact that the hubs can be assembled and disassembled radially makes it highly suitable for mounting in narrow mounting spaces. The ROTEX®S-H has the advantage that its hubs can be installed radially without the need to move or disassemble system components – pump and motor stay put!

Deanquip Powertrans is the exclusive agents for KTR in Australia, and has the ROTEX®S-H available ex stock. Deanquip engineers can assist with any design or retrofit requirements.